Published on Mar 21, 2017
Silver Surfer, also known as Silver Surfer: The Animated Series, is an animated television series based on the Marvel Comics superhero created by Jack Kirby. The series aired for one season on the Fox Kids Network in 1998.Blending cel and computer animation, the series is rendered in the style of Silver Surfer co-creator Jack Kirby.

While inspired by various Silver Surfer comic book stories, the series alters the original mythos in some key ways.
The most notable change is the removal of the Fantastic Four from The Galactus Trilogy, the story that serves as the foundation for the first three episodes of the series. In this version, the Silver Surfer, who has had the memories of Norrin Radd partially restored to him by Thanos, protects Earth from the hunger of Galactus because it reminds him of Zenn-La.
Many other characters from Marvel's cosmic stable appear in the series, including The Watcher, Ego the Living Planet, Pip the Troll, Drax the Destroyer, and Adam Warlock.

Most of the characters featured in the series differ from their printed-page incarnations. For instance, Adam Warlock is an alien supersoldier designed to fight the Kree and, due to Fox broadcast standards, Thanos serves Lady Chaos rather than Death.[2]The series utilizes a serialized storytelling approach. As with many Silver Surfer comic book stories, episodes tackle a range of social and political issues, including imperialism, slavery, non-violence, and environmental degradation. 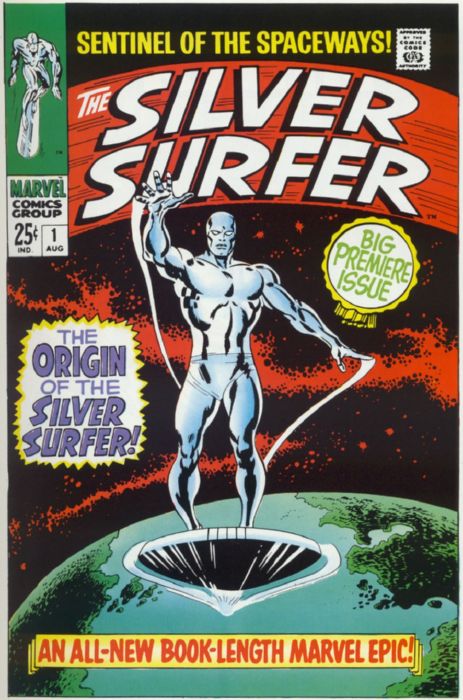