Published on Feb 2, 2018
A Star Wars Fan Short-Film made in France ! We hope you will enjoy ! Prologue : As the War of the Sith raged over the years populations of entire planets were destroyed. Among the victims both Jedi and soldiers of The Old Republic. Against the warnings of the Jedi council, Daivos Koran-gär, guardian of the Jedi temple, joined the conflict. Unable to endure the planetary suffering, afraid of losing his little sister whom he was protecting, and unwilling to wait for the Sith to come to him, Daivos became a relentless fighter with the soldiers of the Republic. However, as they secured ground on the battlefield, the Sith attacked the very heart of the Republic, the Jedi temple Daivos was once sworn to protect. Arriving there too late, Daivos watched in horror as the security holograms showed the Sith destroying and slaughtering everything and everyone in their path including Jedi and even the children, some of them executed and others kidnapped. Daivos never saw his sister again, and overwhelmed by anger, his thirst for power overcame the force within. Searching for years, Daivos Koran-gär found one of the last remaining strongholds of the Force which he believes can help him find his sister and defeat the Sith.
The Grey Jedi : A Star Wars Story - 2018 - © B. Arts Production
Director / Réalisateur - Bryane Da Cunha Director of photography / Directeur Photo - Arnaud Cognet Camera operators / Chef Opérateur Vidéo - Hugo Versa Sound engineer / Ingénieur du son - Bryane Da Cunha Set Photographer / Photographe plateau - Nicolas Roucou Music Composer / Compositeur - Thibaut Vuillermet Assistant / Assistante plateau - Camille Charrol-Brugel Make-Up / Maquilleuse - Aaricia Corbal Set Costumers / Costumières - Aaricia Corbal, Lisa Rivière Cast / Acteurs - Gray Orsatelli, Elisabeth Cherepanova Voice over / Voix off - Frédéric Touzelet & Craig Ellis Jamison Cast / Figurants - Jérome Rollais, Alexis Cuvilo, Fanny Etienne, Romain Burgundia, Sophie Gontier, Manon Bascou, Flavien Stagno Edited in Premier Pro & After Effects 2018 Mixed in Protools 12 The Grey Jedi : A Star Wars Story, is, in no way, affiliated or associated with Lucasfilm or Disney, and is a short-film created by volunteer fans, for fans, for personal pleasure and not for any financial gain. All images, videos, sounds, etc. regarding the Star Wars Saga, herein, are © Lucasfilm. All other images, designs, texts, datas, etc. are © B. Arts Production unless otherwise stated. Any copying of content is prohibited without authorization. 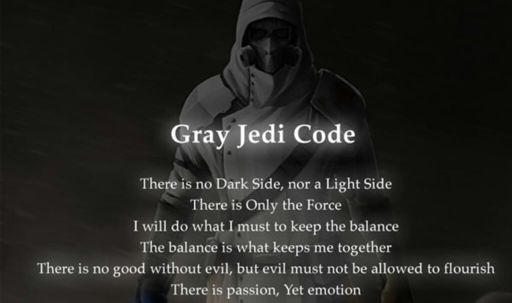