Published on Nov 4, 2016
Call of Duty: Infinite Warfare seems like it might be the straw that broke the camel's back. It has been almost universally condemned by fans and haters alike. For what it's worth, the campaign is a fun roller coaster ride like all Call of Duty campaigns are. Characters are bland and boring like they have been I the last 3 entries, but the actual campaign experience is intense.
Infinite Warfare is set in the far future, at a time when the Earth has been stripped of most of its natural resources. This prompts the nations of the world to band together as the United Nations Space Alliance (UNSA), with the goal of traveling to distant asteroids and planets to mine resources for Earth. However, a group of militant extremists arises that want to control the various intergalactic outposts and secede from the UNSA. This group, led by a villain played by Kit Harrington, calls itself the Settlement Defense Force (SDF), and it begins a galaxy-spanning war with the UNSA. Players will take control of Captain Nick Reyes, who will lead the UNSA’s Special Combat Air Recon unit against SDF forces in various battles with the help of special space-based aircraft called Jackals.
MY THOUGHTS ON THE GAME: You know, about half a year ago on the podcast, we said that we thought that the game didn't look bad at all, but that it has just strayed so far from the Call of Duty origins that it didn't make sense having the COD title anymore. After playing that game I completely stand by that. The game isn't actually that bad. The campaign has some cool space combat missions, nice zero gravity segments, and great gunplay. The setting is pretty bland and boring, and the story won't have that much of an emotional effect on you. I still believe that the right move would have been to release a Modern Warfare Collection this year, with COD 4 being the remastered version and the other 2 being ports. That could have been the COD for this year, and just start a new franchise with Infinite Warfare. Give it a completely different name and I think you got a game that wouldn't be so disparaged. Overall, this doesn't feel like COD, and that will be its downfall. Will this be the beginning of the end for the entire series? Who knows, people have been saying that since Modern Warfare 3.
As always we used relevant gameplay, important dialogue and all cutscenes to create a fluid cinematic experience. We hope you enjoy! 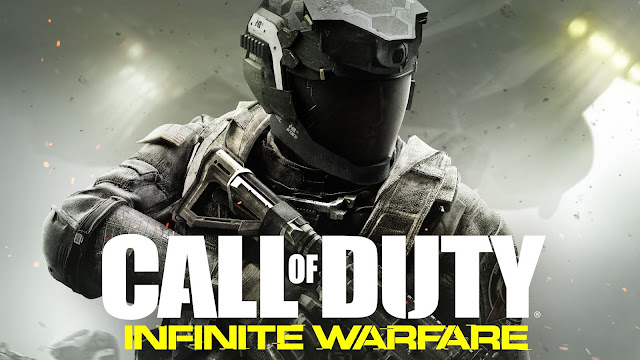