Albatross Funnybooks is proud to announce GALAKTIKON! A six issue series launching this August based on the Glaktikon album by the man that brought you Metalacolypse and Dethklok, Brendon Small. The series will be written by Small and five time Eisner Award winner and Albatross founder Eric Powell. Powell will also be contributing cover art with interior art by Steve Mannion of Fearless Dawn and Spook House. “I’m thrilled to have Albatross help build the mythology of Galaktikon with Brendon!”, says Powell. “I feel the comic will be a great companion piece to Brendon’s unique musical/comedy/sci-fi vision!” 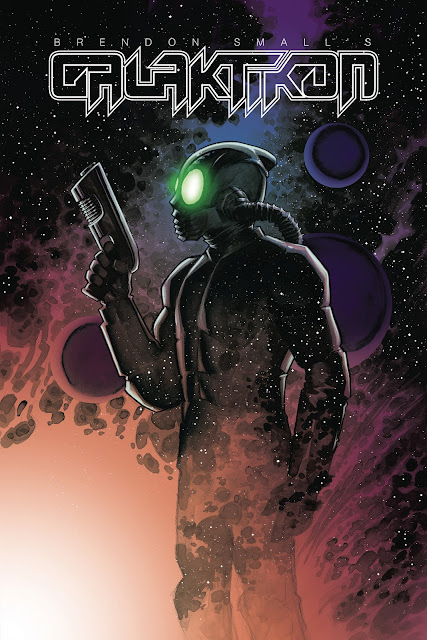