Venezuelans, dear brothers: we speak on behalf of the State. We are a coalition of military, police, and civilians. In the search of balance and opposing this transitional criminal government.

We make this distinction with the color of truth and of Jesus Christ, who is with us. This is the reason we make a call to all Venezuelans, from east to west, from north to south, to accompany us in this force of fight, and go out to the streets in Caracas. And in the interior of the country, to each military base, so that we can see ourselves as brothers once again. So that we may reunite as brothers with our national armed forces. And together, we retake our beautiful Venezuela.

In this day, we are making an aerial and land deployment with the sole purpose of giving back democratic power to the people. And in this, comply and enforce the laws to reestablish the constitutional order. It’s because of this that we adhere to Articles 305 and 333 of our Magna Carta.

It is our duties as state security officials to we disarm this gang of thugs to restore peace to the people of Bolivar.

President Maduro, we demand your immediate resignation along with all your ministers and that general elections be called immediately. Brother in arms, we have two choices: to be judged tomorrow by our consciousness and the people, or to free the people from this corrupt government.

We are warriors of god and our mission is to serve the people. Long Live Venezuela! 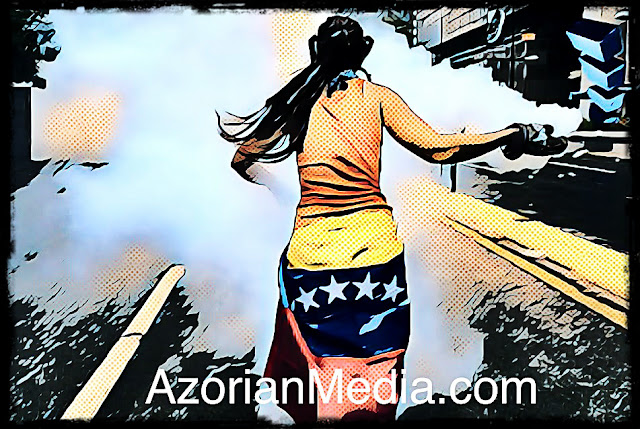