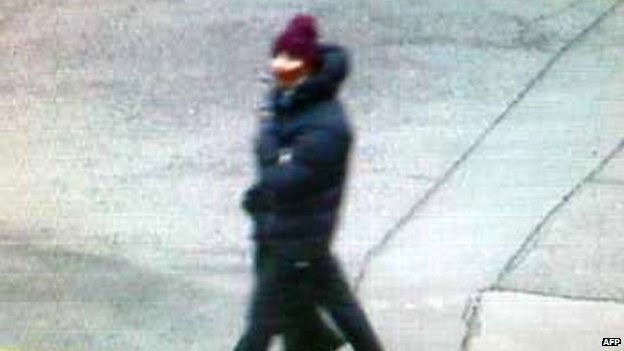 Photograph of the alleged gunman released by police

Denmark is on high alert after a gunman in Copenhagen killed one person and injured three others at a debate on blasphemy and free speech attended by a controversial Swedish cartoonist.
Several dozen shots were fired at the seminar and a manhunt is now under way.
Prime Minister Helle Thorning-Schmidt described it as a "politically motivated" act of terrorism.
Cartoonist Lars Vilks, who has faced death threats over his caricatures of the Prophet Muhammad, was unhurt.
Police initially believed there had been two suspects, but later said they were searching for a lone gunman.
They released a photograph showing the alleged attacker apparently wearing a purple balaclava and thick puffer jacket.
The three injured were police officers.
BBC News - Copenhagen free speech debate shooting: One dead: