Uploaded by emimusic on Feb 27, 2009
Music video by The Chemical Brothers performing Do It Again. 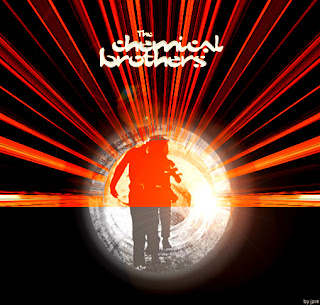 "Do It Again" is a song by the English electronic music duo The Chemical Brothers and is the fifth track on their 2007 studio album We Are the Night. The song also featured Ali Love, and was released as the first single from that album in early June 2007. It reached its highest chart position in Italy, where it hit #2. It also made it into the UK Top 20, where it peaked at #12.

It was released as a download on the iTunes Store on May 15, 2007. The music video for the song was directed by Michael Haussman and was set in rural Morocco.


The song was nominated at the 50th Grammy Awards for "Best Dance Recording" but lost out to Justin Timberlake's "LoveStoned / I Think That She Knows".

Early versions of the song featured a sample of the song "On a Journey" by Elektrik Funk (the line "I sing the funk electric"). At last minute, it was dropped and replaced by "Let's turn this thing electric".

The song contains many similarities, including the same spoken-word phrase "Do it again," to the 1998 dance track called "Do It Again" by DJ duo Razor & Guido. It was used in Paco Rabanne's "One Million" video advertisement. 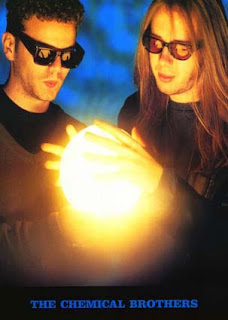 The video for The Chemical Brothers"s "Do It Again" is similar to that of Fatboy Slim's "Ya Mama" video, which includes a tape that causes uncontrollable dancing. It takes place in Morocco and is centered around a little boy and his older brother. The younger boy has a tooth ache and must have his tooth removed but he escapes with his brother, whom he begs not to let anyone take his tooth away.

Whilst walking through the desert, a cassette tape falls from the sky. It is noteworthy that the writing on the tape is "Chemical Brothers" in Arabic, although the translation is not quite accurate. The brothers get a tape player and once they hit play, the music causes them to dance uncontrollably. As they bring it back home, they see that anyone who hears the music starts dancing too.

By hitching rides on cars, motorcycles and on top of buses, they travel to a larger city into a market where they use the hypnotic music to help them acquire money from a bank. With it they fix the boy's tooth instead of pulling it out, and return home.