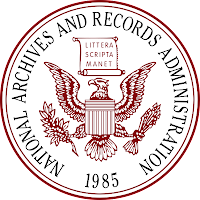 These exceptions have been created over time, based on certain types of speech and expression, and under different contexts.

While freedom of speech in the United States is a constitutional right, these exceptions make that right a limited one.

Restrictions that are based off communicative impact include both instances of a complete exception and cases of diminished protection. Speech that involves incitement, false statements of fact, obscenity, child pornography, offensive speech, threats, and speech owned by others are all completely exempt from First Amendment protections.

Commercial advertising receives diminished protection but that still means that there is some limit on government intervention.

Along with communicative restrictions, when the government acts as subsidizer or speaker, is an employer, controls education, or regulates the mail, airwaves, legal bar, military, prisons, or immigration, less protection is afforded for uninhibited speech.


Commercial speech occupies a unique role as a free speech exception. While there is no complete exception, legal advocates recognize it as having "diminished protection". For example, false advertising can be punished and misleading advertising may be prohibited. Commercial advertising may be restricted in ways that other speech can't if a substantial governmental interest is advanced, and that restriction supports that interest as well as not being overly broad. This doctrine of limited protection for advertisements is due to a balancing inherent in the policy explanations for the rule, namely that other types of speech (for example, political) are much more important.

From Wikipedia, the free encyclopedia